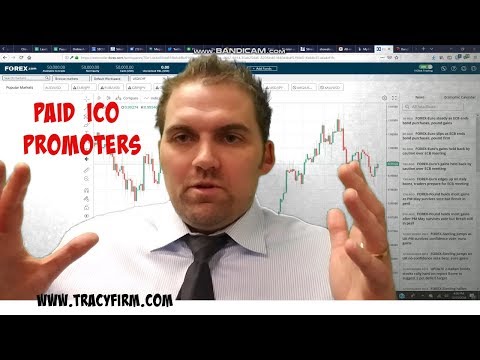 “So the SEC recently came down on boxer, Floyd Mayweather, and rapper, DJ Khaled, over their promotion of an ICO that turned out to be fraudulent. And it’s a good lesson for a lot of crypto influencers, if you want call them that, social media stars, and the like because the end at the day if you are touting a security and you’re paid for it, you’re a paid promoter. And paid promoters fall under Section 17B of the Securities Act, which requires you to disclose the consideration that you received for the promotion, the amount of that consideration, the form of that consideration (so if you got paid in Bitcoin dollars, other crypto token, what have you), who paid it, and if it’s a corporation that paid it, who are the control people behind that corporation. And I look at the landscape, especially with on YouTube where you see a lot of ICO promotion and, you know, you don’t see those disclosures happening, but you really run the chance of running afoul of the Securities Act and being fined civilly, if one of ICOs goes awry and turns to be fraudulent activity, not to mention the fact that by law whether the ICO is fraudulent or not, you have an obligation to discuss or disclosure your consideration. So, it’s a big thing and you’ve got to be weary about it.”

“I understand like a paid promotion game is big and there’s lot of value in it, but the SEC is getting wise to these, right? And then this goes back, you know, section 17B goes back to the penny stock sort of days, right, where paid promotion for pump and dumps was sort of the norm. And it is to a degree still the norm, but the purpose and intent that was created in the penny stock realm carries over today in the crypto realm. Now, of course, this goes back to the main question in all of this which is well, it’s utility token — It’s not a security — does the law apply? Well, obviously, if you’re not dealing with the security, the Securities Act doesn’t apply then Section 17B of the Securities Act wouldn’t apply as well. But, you know, the environment we’re in, more tokens than not are being deemed to be securities by the SEC, whether that’s right or wrong, right? And that’s, you know, I guess sort of not up for debate. But, you know, the fact remains that if you are going to actively promote and get paid to promote, these disclosures are something you really to consider because, again, you’re going to run afoul, and if something went wrong with ICO, you’re certainly going to be in the crosshairs of regulators when the dust settles. So that’s that. Check me out — adam@adamtracy.io, adamtracy.io is our website. Happy to answer any questions that you have. I’ll talk to you later.”