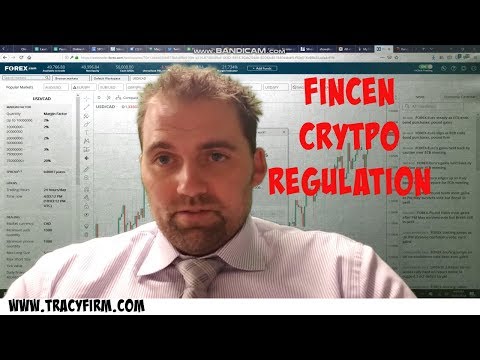 Obviously, there’s a huge emphasis on compliance from a cryptocurrency standpoint with respect to the SEC and to a lesser extent to the CFTC. But the one government agency that’s really put forth the most guidance, if you will, would be FinCEN. And we’ve talked about money service business registration in past, and FinCEN is the government agency that is dealt with enacting the tenants of the Bank Secrecy Act and overseeing money service businesses. And so FinCEN has put out guidance that sort of defines the players in the cryptocurrency market. And those three players are: users, administrators, and exchangers.

Point two is, you know, how do you, sort of, fall outside the ambit of this, if you are a speculator, right? Let’s say I’m an individual who engages in the buying and selling of cryptocurrency or the arbitrage of different cryptocurrencies for my own account. FinCEN has come out with a decision that actually exempts such activity from the definition an exchanger, which across the board is almost always a money transmitter and thus required to register as a money service business. So, you know, there’s a great emphasis on the SEC, and where the SEC is going to fall, and to some extent the CFTC. And that’s valid. That’s super valid, because ultimately that’s cryptocurrency and the large part is a function of an ICO and raising capital for businesses, right? And so the question becomes are we engaging in offerings of securities? And that’s another discussion for another time. But what is codified, what is real, what people overlook, in my opinion my humble opinion for it’s worth, is FinCEN, and their money service business registration and the money transmitter laws that are associated there with. So, it’s definitely something to consider and definitely something to check out, you know, depending on what player you are within the the ecosphere of cryptocurrency. So check me out — AdamTracy.io