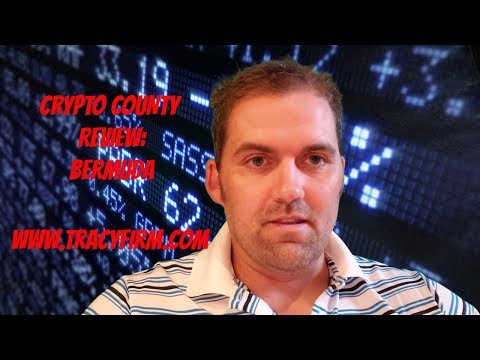 So, Bermuda has been making some noise lately in the crypto space because of the Digital Asset Business Act. But before we get to that, is Bermuda even a relevant place to incorporate a crypto company? The answer is probably, right? You’ll find that most … Not most, but a great deal of companies listed in Asia, publicly traded companies in Asia are domiciled in Bermuda. It’s long been sort of a very safe offshore jurisdiction, very established common law jurisdiction, very solid banking. It’s a whitelist company, meaning there’s information sharing arrangements with the United States and other countries. It is a no-tax jurisdiction. Not a particularly great place for asset protection because of that established common law jurisdiction, but still a great place to incorporate, albeit very expensive. Right? It can cost you upwards of $10,000 US to incorporate there, but they did attempt or make an attempt to have some sort of digital asset [transparity 00:01:28] with the Digital Asset Business Act, which governs, among other things, the issuance of cryptocurrency.

You’re talking about your initial coin offering type companies, OTC trading, cryptocurrency exchanges, peer-to-peer payment providers that are utilizing crypto, and also some service providers such as market makers and covers all of them. The act in and of itself has spurned the term, the Bermuda Standard, right? Meaning this would be the standard from which other laws would be generated. Right? And it’s a good attempt. Right? I think if you had that framework in the United States or elsewhere, I think it would work very well. Right? At least people would know what to do as opposed to where we’re at, where nobody knows what they’re doing or who they’re supposed to register with. So it’s a good start, but the question is, do you really need it? Right? I think it’s a lot of window dressing at this point because if you’re going to operate in or from within, meaning you have a corporation in Bermuda, you need the license if you’re engaging in crypto, really in any capacity.

But if you go to the United States, let’s say you have a Bermuda Corporation, you get licensed under DABA and then you want to operate in the US and have US clients, well you’re still going … Let’s say you’re an exchange. You’re still going to need a FinCEN money service business registration, right? You’re still going to need a money transmitter license if you’re a fiat-based exchange. If you’re an issuer of cryptocurrency doing an ICO, I would argue that in the United States you still need to become a money service business, a registered money service business. So the question becomes what advantages do you really get in such a small jurisdiction from obtaining that license? And right now I think it’s somewhat minimal because there’s no reciprocity, right? There’s no reciprocity in the sense that if I get the license and Bermuda, I can engage in all these activities in the UK or the United States without adhering to the specific laws that inure to crypto-based businesses right now. That’s not the case.

I think it’s a great start. I think the Bermuda Standard is actually very strong. I would love to see it in the United States and UK and other places because I think it’s a very workable framework. From what I’ve personally experienced, getting licensed isn’t tremendously difficult. It’s certainly easier than the BitLicense in New York, but at the same time, it’s not that helpful, right? It’s not that helpful, and different countries, especially like in Europe will treat the extra-jurisdictional nature of that license a little bit differently than the US will. But at the end of the day, you’re still locked in to the jurisdictions that you want to operate in. Right? As opposed to just relying on the license that you get in Bermuda.

So, while great in concept and I think written very well, and you meant for purposes to give clarity, right? Which is really the number one thing that this industry is lacking from a legal perspective. It just doesn’t make a whole great deal of financial sense to go ahead and get it. But it does show some degree of legitimacy, right? For lack of any other term.

So check me out. You have any questions regarding DAB and Bermuda and corporations