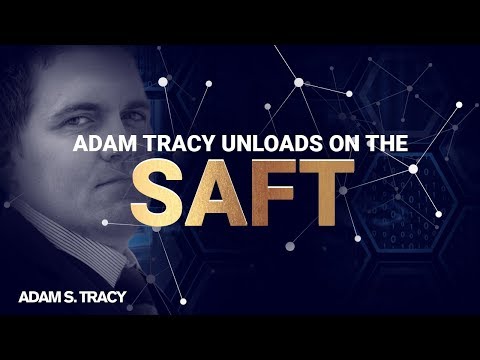 I would say in about 85% of the ICOs I get, the first question I get is, as part of us, my firm presenting the ICO issue, will you draft the SAFT? Right, Simple Agreement for Future Token. My answer is no, because I think it’s nonsense, and here’s why.

The SAFT contemplates, and it relies on a very thinly [inaudible 00:00:37] nuance of the Howie Test that any startup, no matter what stage they are, that sells any of its securities or sells anything like a security, that is decidedly an offering of securities. No exceptions. You see the Howie Test where it defines it as, there’s a profit expectation, and there’s a pro rata interesting, and think of common stock-like elements.

The SAFT just says, “Forget all that.” If this is your seed round, your angel round, and you’re going to raise, whatever money, no matter what stage you’re in, this is an offering of security. If you read the literature on the SAFT, and this isn’t an indictment of the attorneys who came up with it, because I see where they’re coming with it, but I think there’s a fatal flaw in all of it.

In the SAFT and the documentation that supports it, it’s really just a securities purchase agreement, first of all. There’s nothing really nuanced or special to it. When you look at and you read about what the intention was, there is this imparted belief that you could start with a SAFT in your seed round, in your ICO, and call it a securities offering, and have to follow reg D, stick to accredited investors, and all that stuff. Great.

There’s this belief that down the road, you could subsequently sell tokens, like think of a secondary ICO or something similar to it, and that token could then not be deemed a security, and that ICO would not be deemed a securities offering. Thus, you wouldn’t have to worry about reg D and its permutations about accredited, accredited investors, how much you can raise, how you can market that whole thing.

I don’t find any sort of proof, substantiation, common law evidence, support, you name it, that you can actually deem something to be a security, or a commodity, for that purpose, but later, that same asset is not a security. Right? There’s just no way. There’s just no logical reason for it. There’s no basis in fact or law as to how I can sell you this token on day one as part of a securities offering, and call it a security, but six months later, sell you the same thing, but say, “No, it’s not a security anymore. It’s changed. It’s something else. Now, it’s cryptocurrency. Now, it’s just a license. Now, it’s whatever it is.”

There’s no basis for that. My thought is, how do you get into this with the intention of doing an ICO, and doing one that is outside the [inaudible 00:03:21] of securities laws of this country, but start with the SAFT? Let’s think of the motivation. This is a manufactured element of big firm law, right? Big law firms. Who do they represent? Big VCs, private equity, big funds, right? Big funds who do what? They get in early. They get in at the lowest valuation. They get in before anybody else, and they control the whole show.

That’s the concept with VC, right? What’s the first rule of VC? Fire the owner. If you look at any venture-backed company, the reality is, with very few exceptions, you have the founders who start at 100%, and then do round, after round, after round with VCs. By the end of it, what, they own 10%. Now, granted, there may be a big exit at the end, and that 10% may be worth quite a lot, but it’s still 10%. When you started with 100, that’s pretty bad. That’s really bad.

You have to think of the valuation and the motivation of big law to basically accommodate the clients they already have and allow them to get into these ICOs and these cryptocurrency issues at the ground floor, and get the best deals, and do what they do in the equity world, which is control the show, manage the growth, earn the biggest return.

The concept of cryptocurrency, at least altruistically, is that it’s even. It’s equal. Right? There’s some parity to it. The little investor can get in with the big investor and profit accordingly. The SAFT kind of cuts you out of that. The SAFT says, “Well, we’re going to just take the risk.” VCs will take the biggest risk by coming in at the seed or angel round, whereas all the individuals, the early adopters of Bitcoin and whatever, who have been funding all of these deals that have raised over $2 billion in the last year, now they’re cut out of the most profitable rounds. Think of a presale. Think of an ICO, right?

The risk capital that you and I have been willing to put into these deals when no one else believes in this, the SAFT says, “Well, we’re going to make an exception and get rid of you, because you’re not accredited, or you’re not an institution.” I’ve got a big problem with it, because I think legally, its unsound. I think, while maybe you could argue that these initial rounds are offerings of securities, I think once you’re a security, you’re always a security. There is no basis in law to say that you’re not. There’s no coming back from it.

The minute you use the SAFT, I wouldn’t advise anybody to say, all of a sudden, this isn’t a securities offering. If you wanted to do an ICO or a secondary ICO, there’s no way. It doesn’t work. It’s a complete and utter fallacy of law. That’s my take on it, right? I think very, very smart people created it. I don’t indict them for doing it, but I think there’s a motivation behind it. I think that the legal underpinnings make a little sense, but long-term, they don’t make sense.

The thought that you could come back and say that it’s no longer a security after your initial rounds were a security flies in the face of all sorts of law and substantive statute. That said, I am not a big fan of the SAFT. I think, if you’re going to use the SAFT, great. It’s a securities purchase agreement. You can call it whatever you want to call it, but that’s what it is. It’s the simplest agreement that you use to purchase common stock or some other security. There’s nothing really special about the verbiage of how it’s written. It just says, “If this is going to be a securities offering, this is what we’re going to use.”