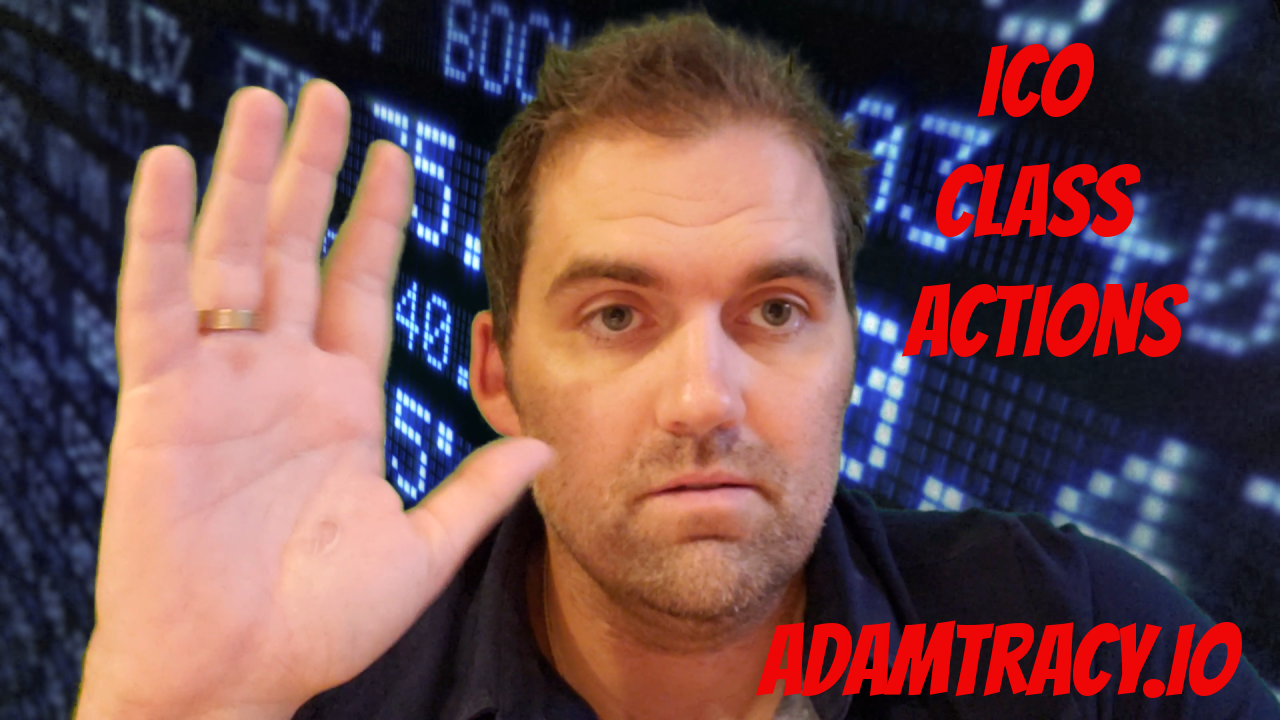 Taking a break from regularly scheduled programming, I was fortunate enough a couple years back to file one of the first class action complaints in U.S. federal court alleging fraud in an Initial Coin Offering. A copy of the complaint can be found here:

The outcome of the case was positive, with a judgment being obtained by my client. However, it begs the question why aren’t there more of these types of cases? The prevalence of “exit scams” – especially from the ICO boom of 2016-2017, was extraordinary. One would contemplate a rash of similar class action complaints having been filed, much like one would find in securities fraud or manipulation cases in traditional equity markets.

But, there is, in fact, very little activity. Are aggrieved Initial Coin Offering investors resigned to their fate, or is there another reason? A rational legal analysis would suggest the existence of something other than investor apathy. With the SEC contemplating creating a “safe harbor” for Initial Coin Offerings, it is indeed a postulate worth investigating.

First, the chance of recovery from a fraudulent and/or failed ICO is extraordinarily low. In general, recovery from a defunct business in traditional industries is minuscule – perhaps even more so when one considers the nature of cryptocurrency. Not only may have the failed ICO promoters absconded with, spent or smoked the proceeds of the offering, legal collection mechanics throw another wrench. Cryptocurrency wallets, unlike bank accounts, are, by nature, anonymous and in many cases portable. A bank levy is a common tool to forcibly cause the turnover of a judgment debtor’s funds. In the context of a cryptocurrency collection effort, identifying the wallet holding the crypto proceeds of an ICO is a near impossible task.

Second, the promoters of fraudulent Initial Coin Offerings tend to be a mysterious bunch. Multiple personas (sometimes only usernames), fake profiles, and cross-border teams make pinning down the primary promoters difficult at best. In the context of collections, if you cannot pin down the executives of a judgment debtor for examination under oath, you are going to encounter one hell of a time pinning down the existence and location of any assets – whether tangible or intangible. Combine the factors elaborated upon in the preceding paragraph together with the prospect of having to hire multiple, international legal teams and you may find the cost of collection becoming prohibitively expensive.

Third, you cannot litigate against and recover from something that doesn’t exist. In my experience, even some of the most well-healed Initial Coin Offerings found corporate structuring to be the least important action item on their list. Some ICOs, especially the fly-by-night offerings, may have avoided incorporation altogether. Moreover, in an ICO, there is an inherent question as to whom the actual “issuer” of the token in question in fact is, where the token does not represent a security. In many cases, you will find a morass of a corporate structure resembling a carnival shell game – whether done intentionally or not. The wise litigator will simply name anybody and everybody as defendants, but then having to pursue anybody and everybody to determine who was caught last with the potato is, again, an arduous and often very expensive task.

Finally, fourth, and this may be entirely colloquial in nature, but my belief is that many victims of Initial Coin Offering fraud don’t want to be a formal participant in litigation. From my experience, and that alone, your average cryptocurrency acolyte craves anonymity, decentralization and profit. Formal legal proceedings offer none of the aforementioned – and in fact offers quite the opposite in most every instance. Court proceedings are very public (case in point this blog post). Court proceedings often turn on the whim of a centralized arbiter – the judge. And litigation is all too often a fool’s errand with dueling parties competing for nothing more than the right to be “right.” None of that lends itself favorably to a hardcore cryptocurrency believer and, quite frankly, doesn’t do much for somebody who spent 15 years of his life operating in this context.

That all having been said, be careful out there – the Initial Coin Offering ecosystem may be a true zero sum game. Until next time – AT