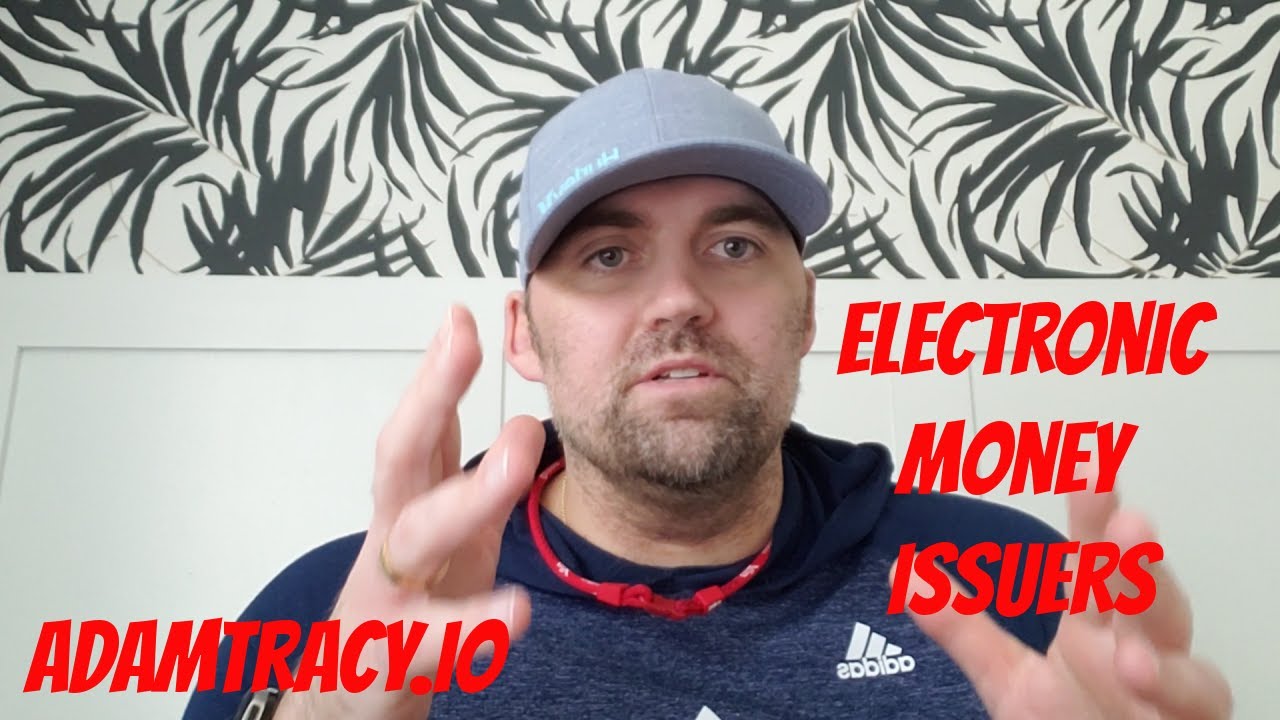 Electronic money issuers have become increasingly popular as more and more individuals and businesses have become debunked, or unbankable. And there is an important distinction in there, obviously, between a bank and an electronic money issuer. Obviously, especially in the United States, you have the guarantee of funds and the insurability of funds, which doesn’t exist within EMI. But what you have to consider and understand about an EMI is that it is effectively selling you a prepaid product. And so it’s much like a debit card. If I want to send you $500, I am effectively buying $500 as a claim against the EMI, who subsequently will transfer that and extinguish the claim. So it doesn’t act like a bank where there’s a deposit in the sense that your money is a credit on the bank. Not.

And you see like Skrill, NETELLER, GoPay, all of these out there. And many institutions use them for not only money transfer, but for payment processing. And the question becomes: how do you operate? How do you start one? And how would you start a crypto-friendly one? And it really originates in Europe. EMI was, especially the small EMI, smaller type money issuer, a byproduct of European law. And like the Czech Republic’s a great example of it because they have a very good, solid set of licenses for small and regular EMIs. And that license by itself is a de facto money transmitter license in the United States, which I will also explain. But it allows you, with the EMI, to operate as an electronic money issuer payment processor throughout the EU, which up until recently included the UK, but now no longer does. Of course, the UK has its own EMI license, which you can obtain. But it decidedly originated in the EU with Czech Republic, Estonia, the UK, when it was pre-Brexit.

Now to operate in the U.S., those licenses don’t passport. Those licenses passport throughout the EU, but they don’t passport to the United States, as I have explained. Basically, every license out there that’s offshore, or outside of the United States, or whatever the case may be. And so when you’re looking at becoming an EMI in the United States, you go back to one of two options. One is the money transmitter route, which you see with crypto exchanges, which involves going to the 48 jurisdictions, 48 states that require money transmitter license, plus District of Columbia. So 49.

And obtaining those licenses, which, as I’ve blogged about before, the application fees alone are in like the $56,000 range. And then you have a bonding requirement and you have the timing requirement. The timing requirement is complex. And the money transmitter licenses don’t always equate to the acceptability of crypto. Like case in point being New York with the BitLicense. They have a money transmitter license. They have a BitLicense. You need both if you’re going to operate as a EMI that supports crypto.

Another option, which is perhaps a better route, is a hybrid option, which entertains getting a single money transmitter license in a state and aligning yourself with a bank. You see this with Chime, you have seen this with Azlo, you have seen this Revolut, any number. They are de facto banks, but they are really just EMIs, in the United States. And they’ve gotten round the need to get 49 money transmitter licenses by effectively renting if you will, a bank license. And there’s a lot of banks that actually exist to do this sort of thing. And they are banks that you have probably never heard of, or would never see because they’re not on every street corner. It’s not Chase or Bank of America, I can tell you that. And the beauty is that they exist to kind of create these partnerships where licensed money transmitters can operate under their umbrella and offer a depository type function.

So like Chime bank calls itself a bank. It’s not a bank. It’s a money transmitter with a relationship with Bancorp Bank. So the EMI solution in the U.S. looks a little bit differently than it does in the EU because of the nature of the licenses offered. The licenses offered in the EU are on point. They’re on point within EMI. That’s why you see Skrill, NETELLER, all of them having originated in the UK or EU. Not the case here in the United States, because we don’t have that license. That license doesn’t really exist. It’s this umbrella money transmitter license, which is really made for or designed, in most states, just for remittance purposes, or check-cashing purposes. So every sort of rudimentary financial services and money exchange.

So your option. Your better option is obviously to get that single license and then partner with a bank to obfuscate the need to obtain the regular licenses here in the U.S. Outside of the U.S. You’ve got licenses on point. I recommend the Czech Republic. I think it’s great: very low threshold barriers to entry, very low capital requirements in the $40,000 range. There are some limitations to the small EMI. Typically it’s $5 million of business. But you can start there and then graduate to the regular EMI license, which has a higher capital requirement of approximately a hundred thousand. But it’s decidedly a better solution. It’s a solution that doesn’t exist in the United States.

If you have questions, are looking for a bank to create this structure with, definitely hit me up. I have relationships with a number of them, and I will be happy to pass those along: Adam@adamtracy.io. And I will talk to you soon. Thanks.