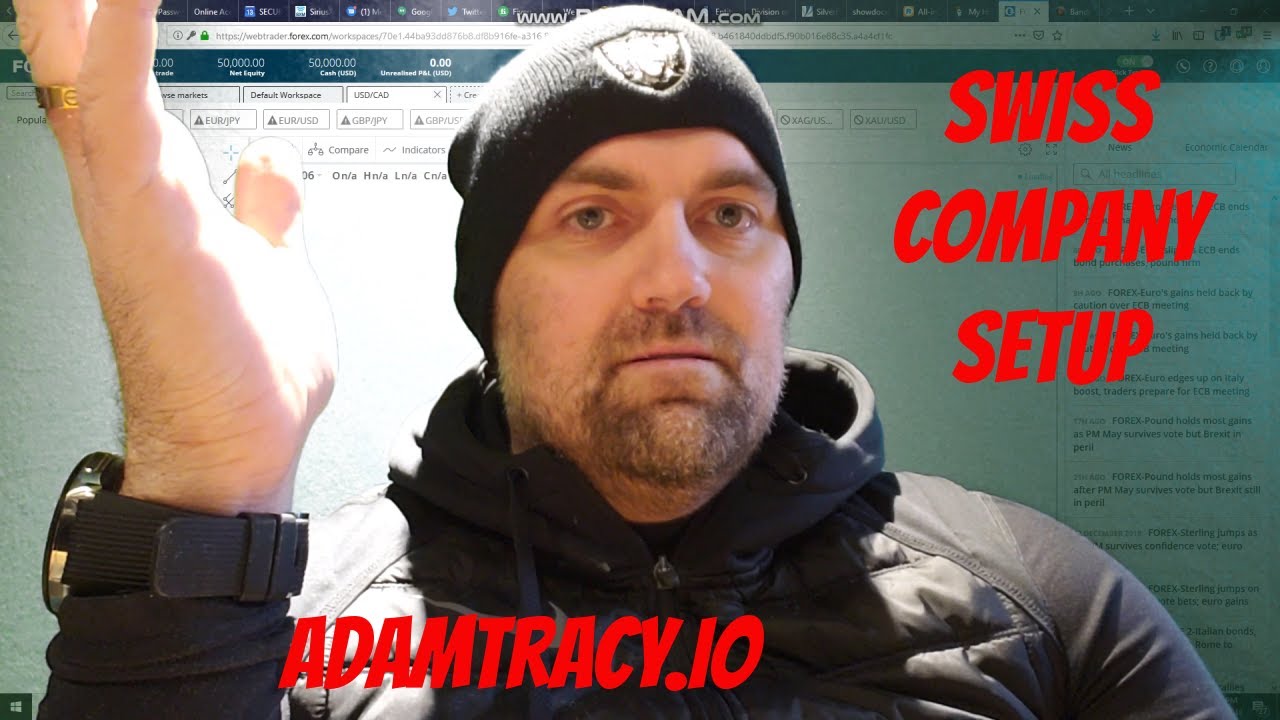 For the longest time, there was this perception that Swiss banking and everything Swiss was the way to go when it came to offshore. And there was some misconception about that in the sense that everybody tended to think that there was an advantage to the banking, which there was to some degree, which is largely gone. But the real derivation of the benefit and sort of the misnomer of Switzerland as an offshore location is its corporate structures. In particular, the Swiss AG and the Swiss SA, which are in fact the same thing. That’s really where the secrecy and the privacy sort of came from. Switzerland is not an offshore jurisdiction. It’s not a tax haven, there’s actually tax on multiple levels. Multiple levels that we don’t even see in America at the municipal, local and at the canton level.

So, it’s actually taxed, less than the United States, but it’s taxed. It’s not this sort of tax paradise that you may have been thinking it was. But there are significant advantages to incorporation there that relate to privacy. One is the ability to use nominee directors, which you’ll see fairly frequently when you go to incorporate, their nominee directors are sort of the norm.

Two is the use of bearer shares, and for those of you don’t know, bearer shares are effectively shares that have no designation as to the owner. So, the bearer, or the holder, is the owner of that company or the owner of those shares as it were. So, you can see where you’ve got a public company here in the States and you get a certificate, well, your name’s on it. Well, there’s no name on a bearer share. That’s just easily transferable by physically transferring the document, much like a negotiable instrument would be here in the U.S.

And then finally it’s tax treatment. There is some tax advantages. You see a lot of corporations like Philip Morris being one of them, which obviously was partially driven by liability reasons. But another reason they do it is because they set up these holding companies in Switzerland. The advantage of a holding company in Switzerland is the favorable tax treatment that the dividends that the holding company receives. Usually, tax in Switzerland for corporations can range up to 25% on certain dividends, the overwhelming majority of dividends and cautious structuring can make sure you qualify for that exemption can bring your tax treatment down to around 8%. So it’s great for like a holding company structure, especially if you’re working abroad. If you’re operating on an international basis and you want to get that tax structure.

So that’s Switzerland. Now, the question becomes: “I see prices online and it’s expensive.” Well, it is expensive. It is expensive because there’s a lot that goes into it. You need someone on the ground. You need a notary and all that, but the big trick is the paid-in capital. For a Swiss AG or a Swiss SA you’re paid in capitals a 100,000 Swiss francs. And unlike here, when you go to Wyoming and you literally just fill in the paid-in capital of five bucks, whether you have five bucks or not, you actually have to show the paid-in capital. And part of the incorporation process is opening an account in Switzerland, depositing that 100,000 Swiss francs, having a notary notarize a verification from the bank in Switzerland that the money has been received, and then going through the incorporation process.

So it’s very difficult in the sense that you have to have the $100,000 lying around. It’s not as simple as just incorporating in BVI where you pay with a provider $1,500 and you’re done. It’s not like that. You actually have to show your paid-in capital. So, a route that most people will pursue, and it works just as easy, is shelf companies. I usually say shelf companies are scams or some form thereof, especially in the United States because it really doesn’t make any sense, paid and all that kind of crap. You see them all over going for sale and they’re nonsense. But in Switzerland, there is an advantage to it in the sense that you don’t have to pay that paid-in capital, it’s already been paid. It’s already been paid at incorporation, you don’t have to maintain it.

So going back, the shelf companies or the shell companies for Swiss AGs and Swiss SAs are actually beneficial if you’re not looking to have to forward the capital. They’re more expensive from an incorporation standpoint than what you nominally have to pay, but it’s perhaps less than having to come up with the pay in capital that you may not want to. And there’s no requirement that you maintain the pay in capital in the account. It just, it’s a requirement that you have it at some point during the incorporation process. So, it’s an interesting thing.

And you know, another element to Swiss, and there’s a lot of licenses which I’ll get into in another talk, but it’s not part of the EU. It has bilateral treaties with individual companies in the EU and with the EU, but it’s not by itself part of the EU. So licenses don’t necessarily passport as they would in other countries. So it’s an interesting place. But, all your benefit that you would get from operating system really comes from that Swiss AG and that Swiss SA and the privacy elements of it that exist. So definitely hit me up if you have any questions at Adam Tracy, T-R-A-C-Y,.io. Happy to answer any questions and I’ll talk to you later.