Crypto Predictive Analysis for the Week of May 1, 2022 – Slide Away 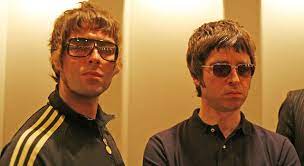 The crypto market has suffered a great liquidation as the market takes a downtrend. While the crypto economy shed billions this week, the total value locked (TVL) in decentralized finance protocols slipped under the $200 billion range to $196.6 billion.

The TVL in defi lost roughly 3.16% during the last day, and the $592 billion in smart contract protocol tokens dropped in value by 3.5% over the last 48 hours. Saturday was not a remarkable day for the owners of the native token for the “Ethereum Killer” called Solana.

The team announced that Solana suffered a major outage which led to over a seven-hour downtime on its Network.Solana Network in the past few months has been plagued by network congestion caused by increased adoption.

This has frustrated user transactions. With over 2 downtimes recorded this year alone, the network appears to have a long way to go to live up to its tag as the “Ethereum Killer”.

In addition, the $40k level is also acting as a significant static resistance level, and the price has been trading below it for most of the time over the past week. The recent trajectory of lower highs and lows has been forming on the chart, indicating a continuation of the bearish trend.

As it seems now, BTC’s price targets the $36K support area in the short term, which has held the price on multiple occasions over the past year. A break below it could result in a rapid drop towards the $30K demand zone.

However, the price action forms a falling wedge pattern, which is considered a bullish reversal pattern. For a reversal to take place, the price needs to break above the higher trendline of the wedge. In that case, we can expect BTC to retest the $43K level and even higher.

Furthermore, the three touches at the lower trendline of the falling wedge signal a clear bullish divergence with the RSI, which adds to the probability of a bullish rebound in the short term. On the other hand, the bearish scenario in the mid-term is still probable, and if the falling wedge pattern fails, the sell-off would be accelerated, and the price could drop to $36K.

The sustained selling in Ethereum(ETH) price has knocked out several horizontal levels and DMAs. The altcoin recently breached the $2800 suggesting the sellers are prepared for another leg down. Moreover, the sellers could extend the correction rally to $2500 under the descending trendline influence.

On April 5th, the Ethereum(ETH) price turned down from the $3600 resistance with an evening star candle. With Bitcoin losing $40000 support, altcoin faced the same fate and displayed a V-top reversal.

The sustained selling has breached three significant support levels such as $3200, $3000, and now recently the, $2800. However, today the ETH price is up by 1.24% and is trying to retest the breached resistance.

The ETH price will descend 11.6% towards the $2500 support if the selling momentum persists. Moreover, the technical chart shows a highly influential descending trendline which provides constant resistance to coin price.

RSI: The Relative Strength Index (RSI) is hovering below the average line since April 5. Still, there is no sign of immediate reversal.

Avax price remains on tough ground falling more than 40% in the April series. The price started the series on a lower note and continued to drift lower indicating the ignorance of the AVAX buyers. The recent downswing pushed it towards a long-standing support zone formulating a make or break.

The Avax price dropped considerably as the April session began. After tagging the highs of $104.0 on April 2. The price booked 42% depreciation. Further, looking at the daily chart, we found AVAX has been consolidating in a short-term trading range of $106 and $60 with both sides capped. The price constructed a reliable support zone around $60.0 extending from January 22 to April 30.

As per the previous pattern, with a resurgence in the buying momentum, the price could jump back to the 50-day EMA (Exponential Moving Average) at $78.09. Furthermore, an extended buying could bring $90.0 into play.

On the flip side, if the AVAX price fails to sustain the session’s low on a weekly basis, there is a strong chance of the continuation of the prevailing trend. In such a case, AVAX price could fall to the lows of $54.0 last seen in October.

RSI: The Relative Strength Index (RSI) approaches the oversold zone falling from the average line. The extreme oversold market condition could result in a bounce-back in the price.

A V-Top reversal from the $0.162 resistance annihilated the entire March recovery gains by dropping the Harmony(ONE) price back to 0.116. Responding to the descending triangle pattern, the coin price breached the $0.116 neckline and reached the immediate support at $0.1. A fallout from this support suggests the selling attempt for another leg down.

The ongoing correction phase initiated from the $0.162 resistance tumbled the Harmony(ONE) price by 50%. The bear cycle breached some significant support, such as 20-day EMA and $0.14, before hitting the $0.116 mark.

The ONE price resonated within a descending triangle for nearly three months and breached the $0.116 neckline on April 24th. The released bearish momentum made a quick strike to the neighboring crucial support of $0.1

The ONE price currently trades at $0.083, with an intraday loss of 8%. If sellers managed a sustain below the $0.1 support, the selling pressure would intensify and drive the 38% lower to the $0.053 mark.

In addition, the traders are aggressively selling to bullish pullbacks on the descending resistance trendline, and therefore, traders can maintain a strong selling sentiment until this resistance is intact.

The 50-and-100-day EMAS provides dynamic support for short and long bullish pullbacks. Moreover, the declining nature of these EMAs highlights a bear trend.

The Daily-RSI slope has fallen into the overbought region, suggesting the overextended selling from traders.

Escaping a bullish crossover, the MACD and signal lines drop lower into the bearish territory. The rising red bars on the histogram chart indicate sustained selling from the traders.

LUNA price struggled to defend the critical support level extending the previous session losses. The recent price action is suggesting the sellers are in no mood to go away. Still, the sidelined investors might find some buying opportunity that could result in a relief rally.

LUNA’s price witnessed a sharp correction from the record highs of $119.55 made in the April series. In the course of action, the price tested the swing lows of $75.77. The LUNA buyers attempted to make a bounce back but could not sustain the upside movement above $99.46. In addition to that, it sliced below the critical 50-day EMA (Exponential Moving Average) at $89.41.

Now, the price is dwindling near $80, a crucial level to hold by the buyers. If broken every week would trigger another round of selling in the asset. In that case, the price will find a way toward the lows of February lows of $70.0 followed by $60.0

On the contrary, a spike in a buy order could threaten the prevailing trend. An immediate upside challenge would be found in the form of a 50-day ema at $90 on the daily chart.

RSI: The weekly Relative Strength Index (RSI) gives a bearish divergence since December 20. This formation hints at the bearish momentum.

Binance dominates the crypto spot market. Binance alone captured 30.2% of the total spot market volumes, processing about $490 billion in spot transactions, a 15% increase from February volumes. While this figure is marginally below the exchange’s record market share of 33.7% in November 2021, Binance still managed to dominate the crypto spot market.

The DeFi space has been hit by another major exploit. This time, Rari Capital and Fei Protocol are affected. On-chain data shows that a hacker stole about $80 million from Rari’s Fuse lending pools early Saturday.

Continuing a trend seen in many other DeFi attacks over the past year, the hacker exploited what’s known as a reentrancy bug, a form of smart contract exploit that essentially allows an attacker to trick a protocol into letting them withdraw an excess supply of tokens they don’t own.