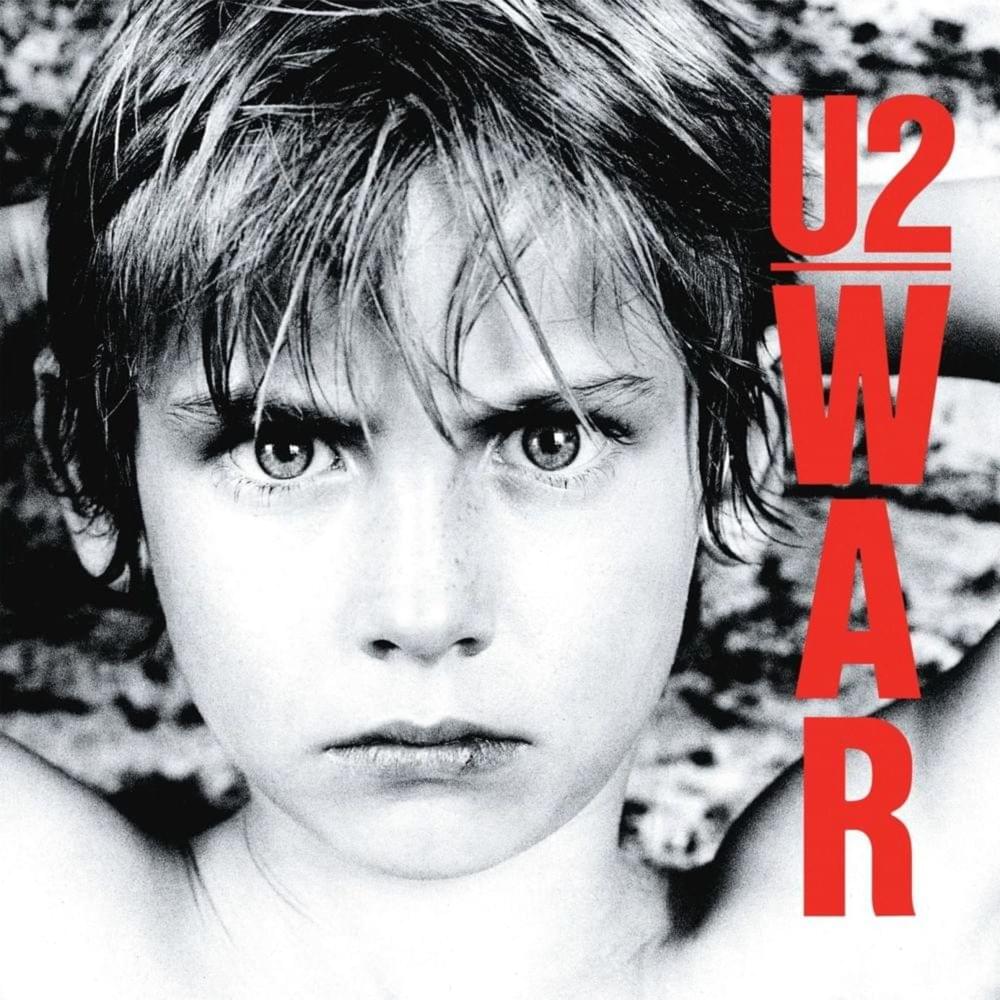 The ongoing bearish market trend has affected all major cryptocurrencies.

Bitcoin dumped below the 2017 All-time High (ATH) of $20,000, leading to a new multi-year low. ETH slumping below $1,000 for the first time in over a year. The altcoins are deep in the red as well. Mike Novogratz believes the crypto market has suffered the most because of recurring negative events over the past month.  These include a long list of market players with monster leverage, such as Celsius, Three Arrows and Finbolx, which has created fear, uncertainty, and doubt (FUD) among investors. Novogratz further stated that even though prices are down, over 130 million investors still see Bitcoin as a viable investment, and as such, the cryptocurrency is here to stay. He still maintains that many TradFi and crypto hedge funds won’t make it through the current bear markets.

Interestingly, Bitcoin also broke another significant milestone – its all time high of around $19,700 in 2017 was also breached in this Bitcoin free fall.  Also, with the latest fall Bitcoin touched the below $20,000 mark for the first time since $20,000. This could also mean increased regulatory pressure on the crypto space against the backdrop of setbacks starting with Terra crash.

Analysts predict Bitcoin to reach the $18000 level to find the next significant support level. “Below the $20,000 mark, the nearest significant support level is 10% lower at $18000 level. Traders predict that the next Bitcoin bottom could be around the $15,500 range. Rekt Capital, a crypto trader, said the next Bitcoin low could be either around $19,000 or $15,500, based on Bitcoin’s historical data on weekly moving averages. Amid speculation over the next Bitcoin support price, the current price is way below this important indicator. The last time Bitcoin intercepted the 200-weekly average was at around $5,450 in 2020.

Michael van de Poppe, a Bitcoin enthusiast, said the 200-weekly moving average structure looks to be in a ‘destructive market’. “Weekly RSI is at its lowest point ever + we’re swimming beneath the 200-Weekly MA. Destructive market structure.”

ETH’s latest slump stems from a large position, likely Three Arrows Capital, being liquidated. The liquidation caused a high amount of ETH to be dumped on the open market. Peer Bitcoin (BTC) just broke below the close-watched $20,000 level– one that also signals a large amount of liquidations in the token. It is unclear to what level the token will now slump.

Crypto trader @PostyXBT said on Twitter that after a break below $1000, $800 might be the next support level for the token. The level marks highs reached during a previous up cycle in 2018. With ETH breaking below what was perceived to be its last major support point in the bear market, the future of the token’s price is now unclear. The downturn is set to liquidate even more large positions in the market, causing more ETH to be dumped. Data from Coinglass shows $27 million worth of Ethereum positions have been liquidated in the early hours of Saturday- most of them long positions. Leveraged trades by major traders, namely Celsius and Three Arrows Capital, have also damaged valuations. Both entities had borrowed high amounts of ETH while putting up Lido-Staked Ethereum (stETH) as capital. But when stETH prices began to fall faster than ETH, the two were forced to dump their holdings on the open market, causing ETH prices to spiral downwards.

The April-May crash plunged the HNT/USDT pair to a new 2022 low of $6.64. Furthermore, the interested buyers entering at discounted prices drove the price 75.5% higher to test the immediate resistance of $12. However, amid the last week’s sell-off, the HNT price showcased a minor pullback before rechallenged the overhead resistance($12). Furthermore, this whole consolidation reflects the formation of a Cup and handle pattern, indicating a genuine recovery opportunity.  If the HNT price breaks and sustains above the $12 neckline, the buyers would drive the altcoin to its first target of 38% higher to $16.7.

On a contrary note, if the HNT price failed to surpass the $12 resistance, the consolidation rally would carry on for more sessions.

RSI: While the price action walks a lateral path, the daily-RSI slope rallies higher, indicating the growth in buying momentum. This bullish divergence encourages buyers for an upside breakout from the pattern’s neckline.

Now with the recent price jump, the coin price has breached the midline and has entered the bullish zone, indicating the buyers are wresting control from bears.

XRP/USDT price chart shows a similar bearish trend mimicking the broader market trend and falls 77% from the 52-week high level at $1.41.  The recent selling spree cracks under the support zone at $0.335, resulting in a fallout drop at the $0.30 mark. However, the long-tail formations at $0.30 halt the downfall and retest the bearish breakdown of the demand zone at $0.335. Hence, the bullish breather seems to be a highly dangerous place to buy for short-term gains as the rapid reversal possibilities are incredibly high.

Yesterday’s bearish engulfing candle undermined the retest reversal, and the long-wick formation in today’s candle hints at a bearish continuation tonight. The price action analysis shows previous support levels at $0.25 and $0.17, where sellers can expect the fallout rally to take a break.  Conversely, the bullish breakout of $0.34 can result in a price jump to the overhead resistance level at $0.40.

The 20-and-50-day EMAs maintain a bearish alignment and show a falling trend in motion, fueling the correction phase in XRP prices. Moreover, the 20-day EMA remains a crucial dynamic resistance provider keeping the bullish growth in check and opposing the recovery rally. Coming to the DMI indicator, the DI lines maintain a bearish alignment and the drop in ADX represents a rise in trend momentum due to the post-retest reversal. Hence, traders can expect the falling prices to cross below the $0.30 mark.

The Litecoin(LTC) sellers ended a four-week consolidation after they breached the $51 support on June 9th. The resulting fall plummeted the altcoin to $40 psychological support, but a rise in demand pressure stalls the selling momentum. Moreover, the bullish signal from the MACD indicator suggests a breakout of $51. However, amid the recent crypto crash, the LTC sellers breached range support($61.2) on June 9th. Later, the four consecutive red candles reflected the intense selling and depreciated the coin price by 34%. As a result, the coin price reached a new 2022 low of $40. The crypto traders faced demand pressure below this psychological support and tried to ascend earlier this week. However, the buyers struggle to surpass the immediate resistance of $51.5. Therefore, the LTC price is struck in a no-trading zone, and any new entries are better to wait for the $40 or $51 breakout. Thus, a bullish breakout from the $51 mark would trigger a 20% relief rally to the $61.2 flipped resistance. Alternatively, a possible fallout from $40 support would sink the LTC price by 40% down to the March 2020 low of $25.

Contrary to the price action that’s displaying a new lower low, the MACD indicator showcased a higher in its fast and slow lines. This evident divergence indicates rising bullish momentum, encouraging the $51 breakout. Since April, the Bollinger Band indicator midline has acted as dynamic resistance for LTC price. Moreover, the price action constantly resonating within the lower band and midline indicates the bear has trend control.

Decentralized finance (defi) has been hit hard by the recent crypto market rout as the total value locked (TVL) across 118 different blockchains has slipped below the $100 billion mark to today’s $74.27 billion.  The TVL in defi today is down more than 70% from its December 2, 2021, all-time high (ATH) at $253.91 billion. Moreover, since December 2021, the top smart contract platform tokens have lost 70% in value against the U.S. dollar as well, sliding from $823 billion to today’s $245 billion. Magic Internet Money (MIM), the native token of the Abracadabra DeFi platform, is the latest stablecoin to lose its peg as crypto markets unwind.

Mike Novogratz noted that cryptocurrencies are here to stay even though it will take a while for the market to turn bullish.