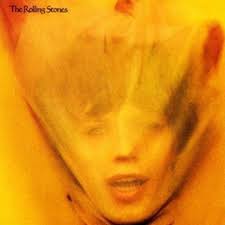 With Bitcoin crashing back down to the lower $20,000’s and the crypto winter season proclaimed by popular figures in the crypto space, many traders have stayed out of the market. Google searches for “Bitcoin dead” spiked in the week of Friday, June 18, and hit some of the highest levels on record.

Sam Bankman-Fried stated on June 20 that his firms Alameda Research and FTX would be “stepping in” to help companies with liquidity troubles amid the current bear market. Over the week, Alameda dished out a loan of roughly $500 million to Voyager Digital, which is suffering from exposure to the potentially insolvent Three Arrows Capital, while FTX supplied BlockFi with $250 million worth of credit.

Bitcoin’s bearish momentum has been weakened after an impulsive crash leading to a short-term consolidation. However, another sudden move to the downside might occur if the negative sentiment intensifies, driven by external forces again, pushing the market below the current support level and closer to $15K.  The trendline has recently rejected BTC, initiating the leg down to the $17K level. Nevertheless, the channel’s mid-trendline, the 50-day moving average, and the mentioned level are the main obstacles on Bitcoin’s path to higher price channels. The price has been forming a bearish descending channel. The primary support level at $20K and the channel’s lower boundary have ended the recent bearish impulsive move.

Currently, the price has reached the channel’s mid-trendline, which is the main barrier for Bitcoin in the 4-hour timeframe, and a descending trendline (yellow line). In the case of a reversal from this price region, the cryptocurrency needs to break the middle barrier and the yellow trendline to retest the channel’s upper boundary. Otherwise, the price will likely get rejected again, heading to retest the $17K for the second time.

The crypto market is recovering from its recent sharp collapse. Altcoins and ETH have outperformed Bitcoin in recent days. Buyers were able to keep the price above $1,000. But can this upward trend last longer considering the macro? Horizontal levels at $1,300, $1,500 and $1,700 are a potential challenge for the ETH recovery. In the meantime, the intersection of the descending line and horizontal resistance at $1,700 has created a resistance zone. Suppose the bulls are still determined to control the market in the short term. In that case, the range between $1600 and $1700 appears to be a strong barrier.

In the bearish scenario, ETH has strong support in the area of around $700-$900. The market now needs a positive external force as a catalyst. The ETH 2.0 merge seems like the most likely upcoming event to consider.

The Avalanche (AVAX) price action showcases a bull cycle gaining momentum within the falling parallel channel in the daily chart. The reversal rally surpasses the overhead resistance trend line indicating a breakout spot. However, the higher price rejection in the breakout candle warns of a bearish setback. So should you consider buying into this breakout?

The AVAX/USD price chart shows a downtrend in a falling channel pattern after the massive supply dump in May. The falling channel pattern forms after the $36 fallout resulting in a dip to the $14.50 mark, accounting for a 60% depreciation last month. However, AVAX buyers quickly overtook trend control to invest at such high discounted rates resulting in a bullish reversal. As a result, the positive cycle within the bearish channel surpasses the overhead resistance trendline leading to a bullish breakout.

The DMI indicator shows the DI lines ready for a bullish crossover, adding points to the bullish trend reversal possibility. Moreover, the falling momentum of the bearish trend is evident in the reversing ADX Line.  The bullish reversal exceeds the dynamic resistance of the 20-DMA (yellow line).  Thus, this breached EMA should act as viable support for further recovery.

On June 11th, the $1.11 support fallout declared a four-week consolidation phase in the seller’s favor. The resulting downfall depreciated the altcoin by 32%, reaching a low of $0.737. However, the SAND buyers managed to sustain above the $0.8 psychological support and triggered a new recovery rally. The seven consecutive green candles accentuated the U-shaped recovery and surged the altcoin by 40.5%.

However, the long-tail rejection attached to today’s daily candle reflects weakness in bullish commitment. If the sellers pull the SAND price below the breached resistance, it may continue to consolidate within the $0.8 and $1.11 barriers.

The SAND price surged above the Bollinger Band indicator’s neutral line, accentuating the sentiment among the market participants. Moreover, this midline should act as viable support to sustain the altcoin at higher levels. A bullish crossover between the MACD and signal lines provides a buy signal to coin traders. Moreover, the rising green candle in the histogram chart reflects the growth in bullish momentum.

A U-shaped recovery from the $3 support provides another retest to the descending trendline of a falling channel pattern. Furthermore, the coin chart displaying a higher price rejection candle at this resistance suggests a reversal possibility. How far will the channel pattern carry the NEAR price? Over the past six weeks, the NEAR/USDT pair has been lowering within a falling channel pattern. Furthermore, the recent recovery cycle was initiated when the altcoin bounced back from the combined support of the descending trendline and $3. The U-shaped recovery surged the NEAR price by 34.5% and hit the overhead trendline. Moreover, the multiple requests to the pattern’s upper and lower bands indicate the trades are actively responding to its levels.

If the NEAR price reverts from the resistance trendline, the trades can expect the continuation of the downward spiral and even threaten to break the $3 psychological level. However, the falling channel pattern is a bullish reversal pattern, which should eventually kickstart a recovery rally if buyer’s breach the overhead descending trendline. This bullish breakout should provide traders with the first sign of recovery, and as per the technical setup, it could drive the altcoin above the $4.7 or $6.3 mark.

The fast-moving 20-day EMA walks in confluence with the resistance trendline strengthening the resistance power of this resistance. The bearish alignment among the crucial resistance indicates an overall downtrend. While the NEAR price is lowering within the channel pattern, the daily-RSI slope is rising, indicating that buyers are wrestling sellers for trend control. This divergence suggests the altcoin should eventually give a bullish breakout from this pattern.

On Thursday, June 23rd, the Horizon bridge was exploited by one or more individuals, draining the bridge of approximately $100 million worth of Ethereum tokens. The Horizon Bridge, which facilitates token transfers between Harmony and the Ethereum network, Binance Chain and Bitcoin, was targeted by hackers. They conducted a series of eleven transactions that siphoned off various altcoins. The harmony investigation team is working to assist with identifying the culprits responsible, and the methods they used. They issued a tweet that anyone who would assist them in recovering the fund would receive $1 million bounties offered by the Harmony team.

While the price of bitcoin is holding above the $21K per unit range, four bitcoin block rewards mined in 2010 were spent for the first time in over 11 years. The four block rewards were mined between September and October 2010 and the 200 bitcoin worth $4.27 million were transferred to an unknown wallet.

← Memecoin Predictive Analysis for June 22, 2022 - "Offer me solutions, Offer Me Alternatives and I Decline"